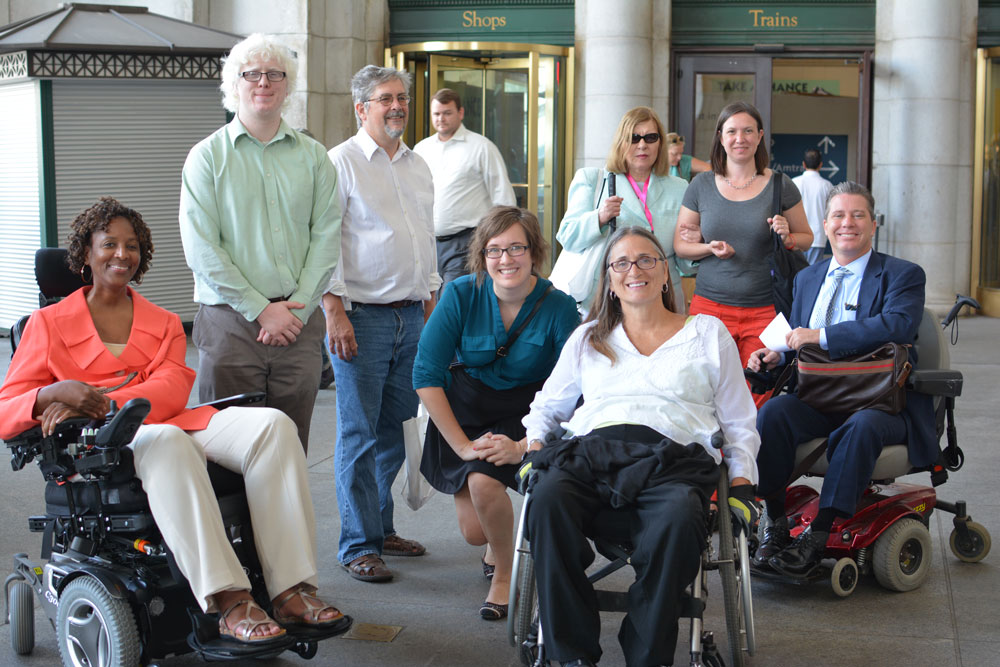 As a nationally and internationally acclaimed leader in the disability rights movement, Marca Bristo led the campaign to promote the United States ratification of the UN Convention on the Rights of People with Disabilities.  She passed away on September 8, 2019. Bridget Hayman at Access Living, the organization that Marca founded and ran, described her life in an article at accessliving.org.

Ms. Bristo is the recipient of three presidential appointments from President Clinton and one congressional appointment to disability policy positions. She has received numerous awards and recognitions, including the Distinguished Service Award of the President of the United States; the Americans with Disabilities Act Award for her role in the creation and passage of the law; the Henry B. Betts Laureate, considered the Nobel Prize in the rehabilitation / disability field; and the 1993 United Way of Chicago Executive of the Year Award.

Ms. Bristo also was named by Crain’s Chicago Business as one of Chicago’s 100 Most Influential Women; is regularly featured in Crain’s Who’s Who of Chicago Executives; was named as one of the Chicago Sun-Times’ 100 Most Powerful Women; is the recipient of an honorary degree from Beloit College; and is a Distinguished Alumna of the Rush-Presbyterian-St. Luke’s Nurses Alumni Association.

As president and chief executive officer of Access Living of Metropolitan Chicago, Ms. Bristo is the leader of one of the nation’s foremost disability rights organizations. Bristo helped guide Access Living, one of the nation’s first centers for independent living, from its small beginnings into an organization with a budget of over 4 million dollars. For thirty years, she has directed Access Living to foster independent living skills, public education and advocacy for people with disabilities. Since 1980, Access Living has directly impacted nearly 50,000 people with disabilities and has had a systemic affect on thousands more through improved access to public schools, public transportation and other public services.

Bristo served as the Presidential-appointed chairperson of the National Council on Disability (NCD) from 1994 – 2002. Ms. Bristo is the first person with a disability to hold the position. NCD, an independent federal agency established by Congress to give policy guidance to the President and Congress, is the birthplace of the Americans with Disabilities Act (ADA), and has statutory authority to monitor implementation, effectiveness and enforcement of the ADA and other disability rights laws. In addition, Ms. Bristo was the first person with a disability to serve as part of United States delegations to the United Nations and is currently working to establish a UN convention on the rights of people with disabilities.

She serves on the Boards of Rush Medical Center, Rehabilitation Institute of Chicago Foundation Board and The United States Council on International Disability. Ms. Bristo holds two degrees: a Bachelor of Arts in Sociology from Beloit College, and a Bachelor of Science in Nursing from Rush College of Nursing. She lives in Chicago with her husband Bob Kettlewell, her son Sam, and her daughter, Madeline. –from The Chicago Network, Connecting Chicago’s Women Leaders.

Photos from the 2014 NCIL Conference in Washington D.C. 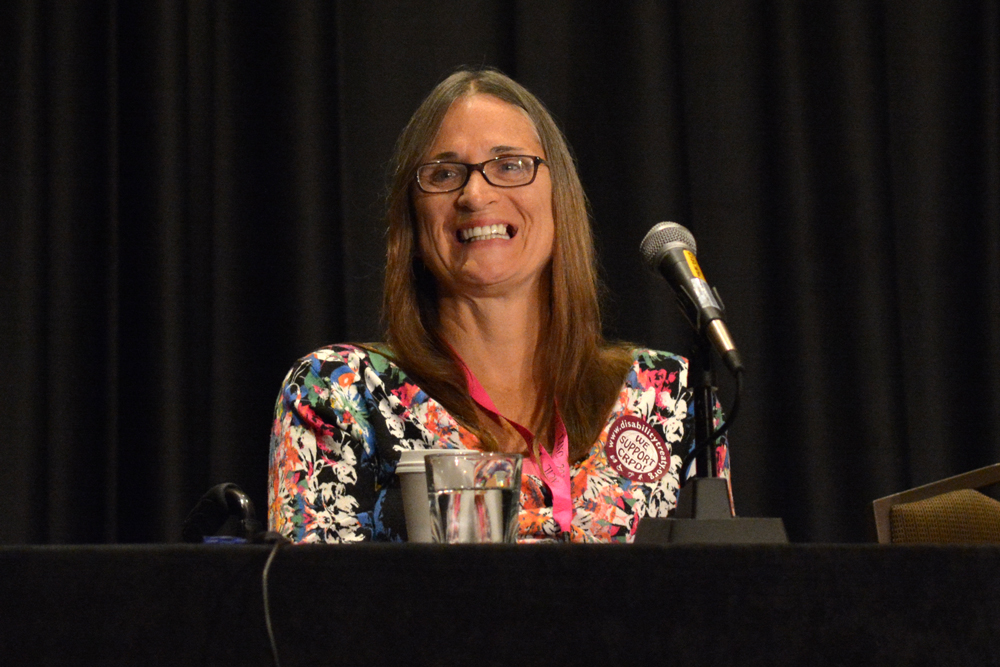