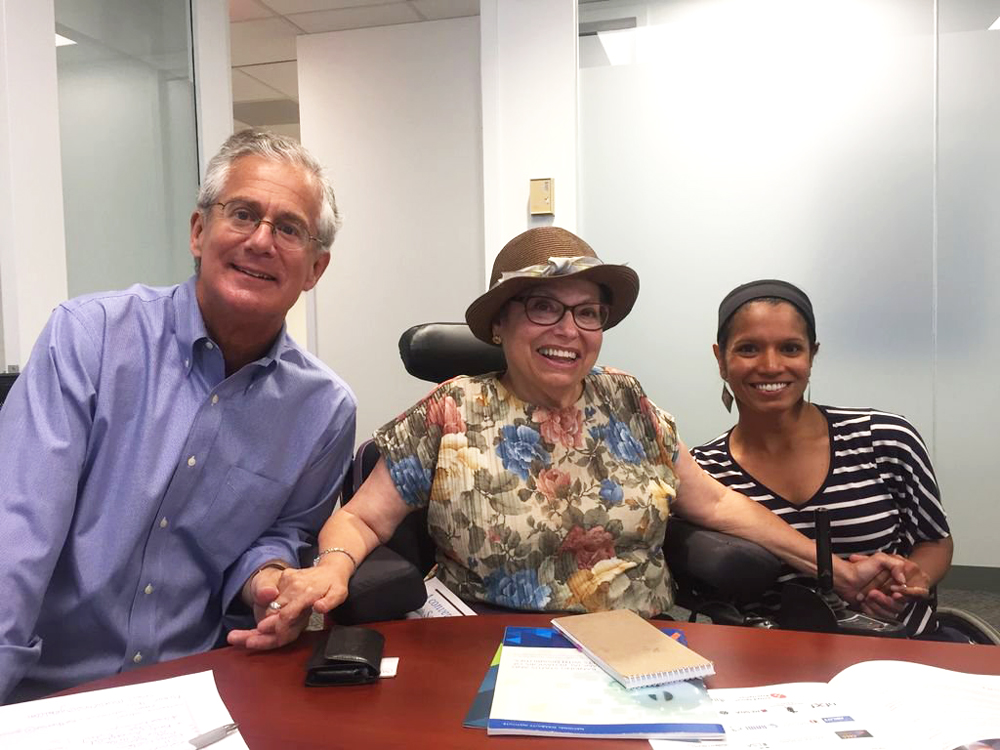 After contracting polio at the age of 18 months, in 1949, Judy Heumann faced numerous obstacles in gaining a decent education. Barred from the public school because she used a wheelchair (a “fire hazard”), Heumann relied on home instruction and then finally attended a segregated school for people with disabilities. She began organizing her fellow classmates before she was even 10 to discuss ways that they could improve their lot. Heumann also earned the loyalty of her peers by assisting many individuals with greater mobility restrictions in tasks such as eating.

With the support of dedicated parents who formed their own organization to fight for their kids, Heumann and several friends eventually made it to a public, non-segregated high school. Heumann enrolled at Long Island University in 1965 and majored in secondary education. Although she excelled in her coursework, college administrators denied Heumann a teaching certificate. Heumann responded with a lawsuit, and won. In addition to going on to be a public school teacher in New York, she used the media attention surrounding her litigation to form an important, cross-disability organization: Disabled in Action. DIA was explicitly political in orientation and focused on such issues as transportation and architectural accessibility.Heumann obtained a Master’s in Public Health from the University of California at Berkeley in 1975. After serving as an assistant to Senator Harrison Williams, she became Deputy Director of Berkeley’s Center for Independent Living, begun under the leadership of Ed Roberts. She worked to advocate the philosophy of independent living around the country and the world. Her international interest culminated in the 1983 co-founding of WID (World Institute on Disability). Since 1993, Heumann has served the Clinton administration as Assistant Secretary of Education for the Office of Special Education and Rehabilitative Services (OSERS), where she oversees a budget of roughly $7 billion. Ms. Magazine was certainly correct in identifying her as one of the “women to watch” for the 1980s. –from the NPR