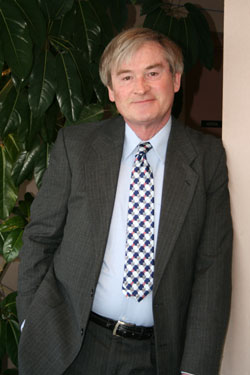 Frank Bowe, who died August 21 at 60, led a 10-city protest in 1977 that focused attention on the plight of the handicapped and forced implementation of the Rehabilitation Act of 1973.

Bowe was known in the disability rights community as “the father of section 504” of the 1973 act, which guarantees freedom from discrimination to the handicapped. His 1977 protest, which he led as the founding director of the American Coalition of Citizens With Disabilities, helped pressure President Carter’s administration into issuing regulations to enforce section 504.

It also generated publicity and is credited by many for helping to inspire the Americans with Disabilities Act of 1990,which outlawed discrimination against the handicapped within the private sector.

Bowe later became a professor of counseling, research, special education, and rehabilitation at Hofstra University, where he continued to agitate on behalf of the disabled. In 2006, he issued a study reporting that unemployment and poverty among the disabled — the third largest minority group in the country, he said — was still quite high. A quarter of the nation’s 32 million disabled lived in poverty and three-quarters earned less than $20,000 a year. And unlike the 1970s, there was little reason to think the government was going to do anything for their plight.

“These are hard times for disability advocates,” Bowe wrote last year. “If anything positive is going on for people with disabilities in Washington, D.C., it’s news to me.”

Deaf after a bout of measles at age 3, Bowe discovered Saul Alinsky’s “Rules for Radicals” while a graduate student at Gallaudet College in Washington, D.C. in the early 1970s. Handicapped rights was becoming allied with the civil rights movement, and hope for government intervention was in the air thanks to section 504 of the Rehabilitation Act.

By 1977, when Mr. Carter came to the White House, the handicapped community was at a boil. As director of the ACCD, Bowe wrote to Mr. Carter, “Vast numbers of us endorsed your candidacy and worked vigorously for your election.”

When Health, Education, and Welfare Secretary Joseph Califano dragged his heels on issuing regulations to enforce section 504, the protests began in late April. Activists sat in for 26 days at the HEW office in San Francisco and nine other cities with HEW offices, including Philadelphia and Washington, D.C.

“Disabled people are first-class citizens and expect to be treated that way,” Bowe told the Chicago Tribune at the time. The regulations, which applied to institutions, were finally issued in early June 1977.

Bowe, who received a Ph.D. in clinical psychology from New York University in 1976, went on to work as a consultant to firms such as Xerox and IBM on product design and employment policies for the handicapped. He often gave expert testimony to Congress, represented America at the United Nation’s International Year of Disabled Persons in 1980, and from 1984 to 1986 was chairman of the U.S. Congress Commission on Education of the Deaf. In 1989, he became a professor at Hofstra, where he occupied an endowed chair. The Hofstra Web page announcing his death includes hundreds of testimonials from students he inspired.

After the Americans with Disabilities Act became law, Bowe worked on the sections of the 1996 Telecommunications Act that enhanced Internet access for the disabled.

Despite bleak progress in the rights of the disabled in recent years, Bowe was optimistic that things would pick up as the baby boom generation’s health began to fail. “It started with Davy Crockett coonskin caps,” Bowe wrote in an online issue of Ragged Edge magazine in 2006. He described boomers as a “pig in a python 76-million-strong cohort moving through different age spans” who would inevitably change handicapped accessibility laws as they lost vision, hearing, and mobility to age and disease.